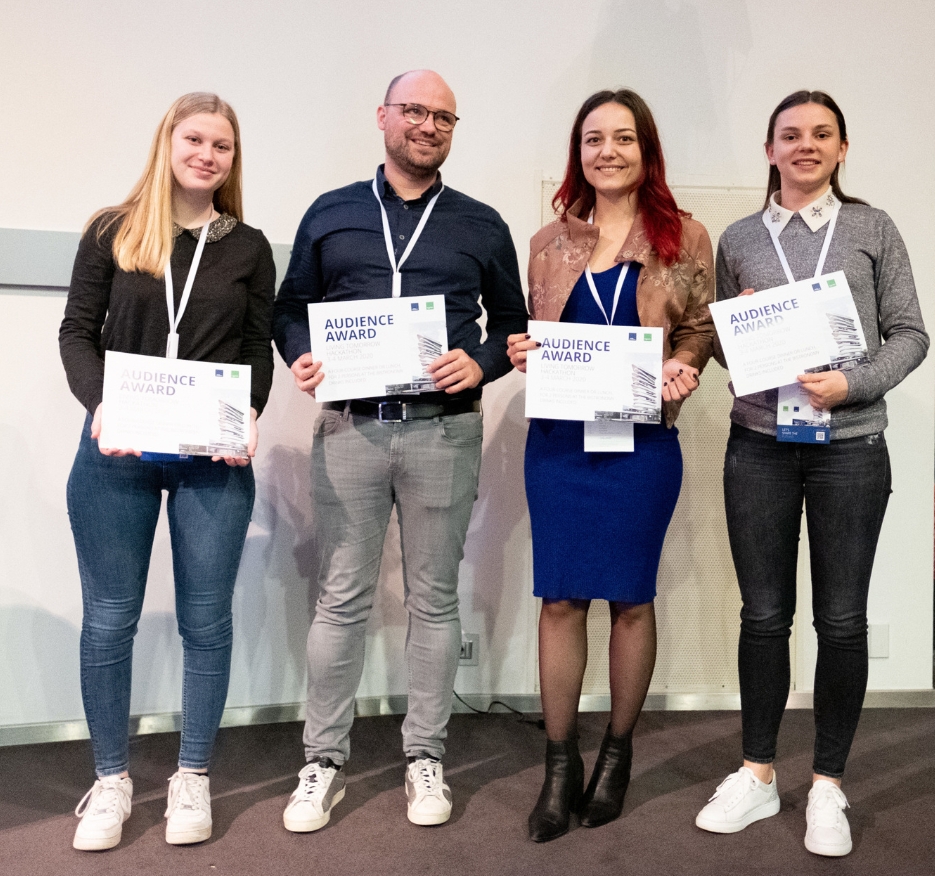 Irina Constantinescu and her team with the Audience AwardOn 3-4 March 2020 ESMA participated in the Living Tomorrow Hackathon on topic areas such as climate change, circular economy and energy transition. Our colleague Irina Constantinescu contributed to the team who won the audience award.

The award-winning “Climate Dome” project aimed at educating and engaging school children in climate change mitigation and adaptation. In the “Climate Dome” one could immediately experience and study the impact of specific behaviours and choices on the environment. By applying holograms, virtual reality, sensors and other technology, the dome would simulate an ecosystem and visualise e.g. changes in the precipitation patterns or the effects of plastic overconsumption on the sea landscape.

Peter Buttiens’ team prepared a proposal on market adoption of the cultured-meat. As lab-grown animal proteins become a technical possibility and a viable alternative to conventional farming, “Bistronomy 2030” postulates extending the offer with meats of exotic or even extinct species to draw the attention (and capital) of wider audiences. The means earned on selling premium products would be then invested in further research to the benefit of wildlife preservation. 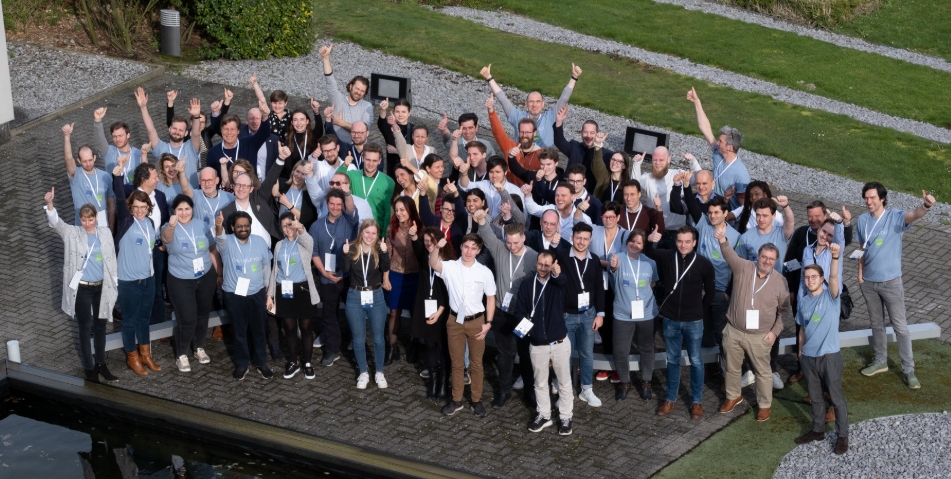