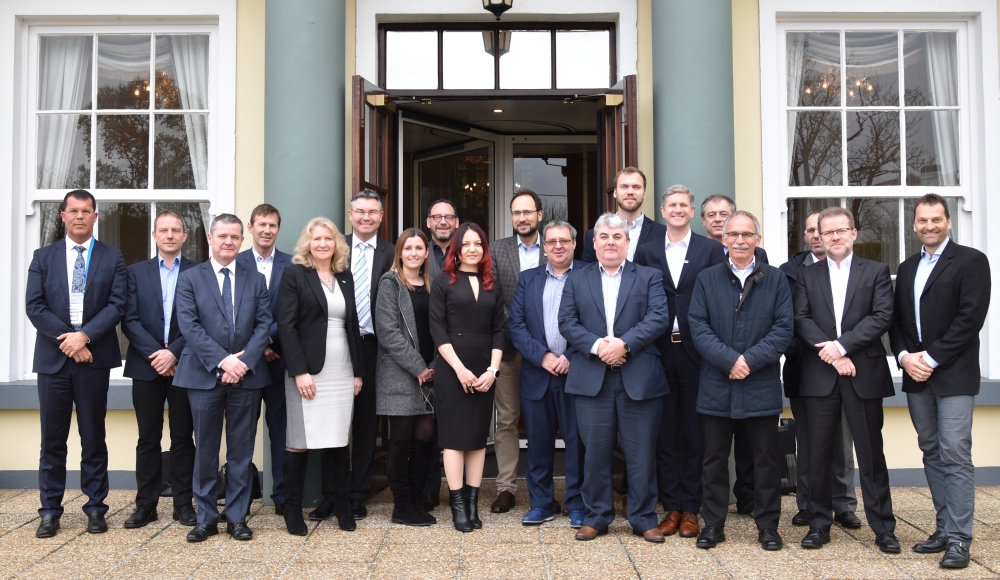 Attendees of ESMA General Assembly 2018The meeting started in the evening of the 8th of March with a networking dinner at the historic Grand Hotel Malahide. Delegates to the GA have come together with representatives of the Irish printing industry – print service providers, distributors and technology suppliers. In a keynote presentation, Oliver Kammann from K-Flow Consulting and the ESMA Expert Team, outlined the current and planned developments of the ESMA Academy, as well as the role of the organisation in sharing technical know-how within the industrial printing community i.a. via application-specific study reports.

The General Assembly opened with the introduction of Debbie Thorp as the new Chair of the Board, after the early termination of David Parker’s term of office. Looking back at over 20 years of experience in digital printing, Debbie currently holds the position of Business Development at Global Inkjet Systems Ltd., a developer of drivers and electronics for industrial inkjet printheads, based in Cambridge. "I am taking over as Chair at a time when ESMA is stronger and more successful than ever before – the challenge now is to sustain this momentum and continue to provide maximum benefits to our members", said Debbie Thorp. Samuel Wagner, Head of Business and Sales at Sefar, has been elected the new Vice-Chair. 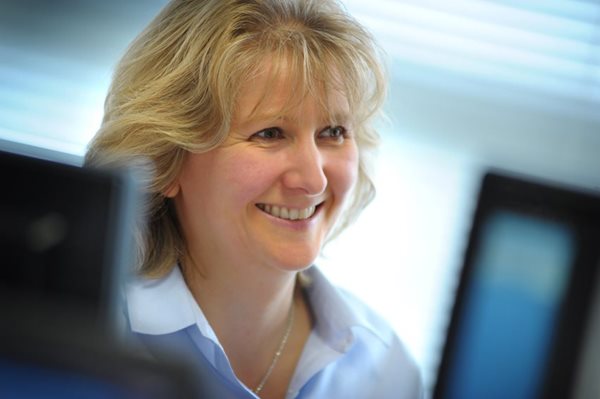 DebbieThorp GlobalInkjetSystems ESMAChairWith the total number of ESMA members stabilised at the level of 70 companies, the representatives who gathered in Dublin, discussed and accepted new projects and their expected benefits for the community. The focus lies clearly on educational activities at which technical knowledge transfer is accompanied by commercial information exchange and networking opportunities. ESMA event calendar for 2018 is already filled with conferences (The Inkjet Conference in the USA and in Europe; Printed Interior Decoration), theory and practice trainings (2nd and 3rd edition of ESMA Academy “Industrial digital print”), and dedicated presence at major industry shows (pavilions at FESPA, PRINT4ALL and Glasstec exhibitions). "ESMA already runs a growing number of events, but we aim to increase the Return on Membership for as many members of the association as possible over the next few years. To this end, the ESMA team has some great ideas, including revitalising the committees, introducing workshops, webinars and written materials. We hope this RoM concept will help retain membership, and also attract new members”, explained Debbie Thorp. 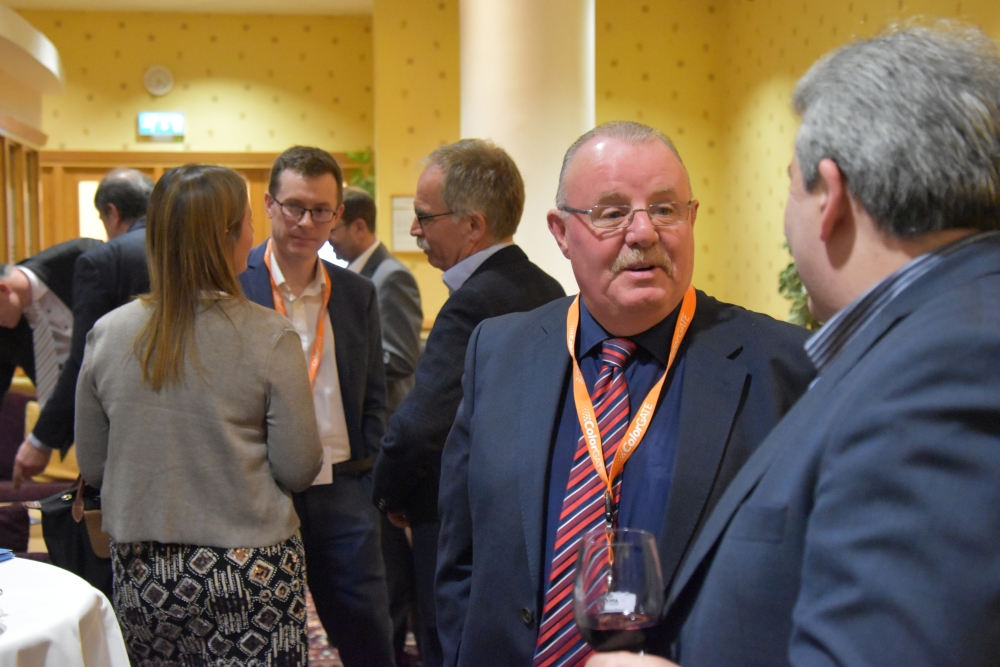 ESMA Networking Dinner with local printing industry in DublinWell-structured project work in member committees (Health, Safety & Environmental Protection; Technical Exchange), expansion of the ESMA Academy concept to accommodate the demands of both digital and screen printing world, as well as preparation of industry reports are among the ideas which met with enthusiasm and strong support of the GA attendees. In the words of Peter Buttiens, CEO of ESMA, “the GA had to cope with the unexpected Chair change and in the end proved to be a very constructive meeting. Together, we highlighted all challenges for 2018 and onwards. I am convinced that the developments on the educational level will open new opportunities for ESMA members and the entire sector.”

The next ESMA General Assembly will take place in mid-March 2019 in Barcelona, Spain.