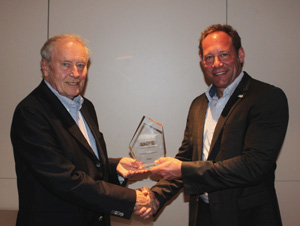 “I want to thank ESMA for the honour of the nomination. My career allowed me to accompany a few important phases in the history of screen printing. Basing on these experiences it is foreseeable that many decorating requirements could best be fulfilled by a combination of screen and digital technology.” – stated Wilfried Kammann in his acceptance speech and concluded – “A successful future will often only be reached in close cooperation of suppliers and manufacturers. In that context I see the key role of ESMA as an excellent platform to bring people and technology together.”