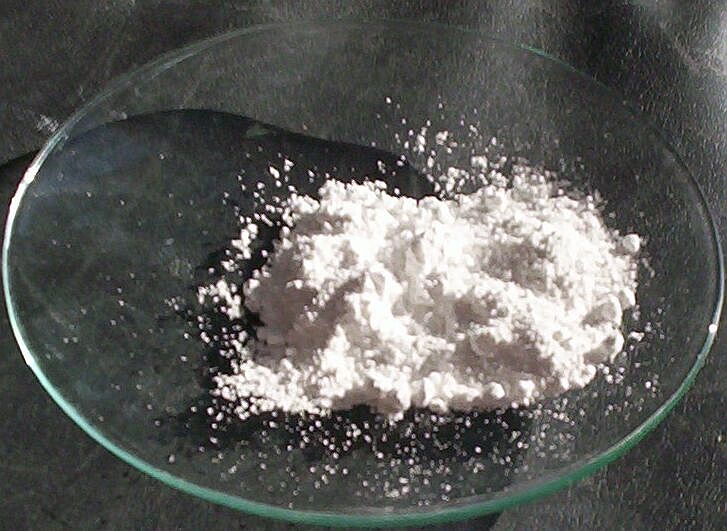 Titanium dioxide (TiO2) is a critical substance for the printing industry. It is used as a white pigment, producing a high degree of opacity, stability and durability. Many ESMA members will therefore be aware of the current issues associated with TiO2, from the difficulties in obtaining supply of the material (and price increases), to the new classification.

Supply difficulties result from reduced production in China, due to reported governmental concerns with pollution, and a fire at a leading manufacturing plant in Finland producing graphic industry grade TiO2.

Concern with the classification and labelling of the substance became a strong focus for industry and trade bodies, when a harmonised classification proposal for TiO2was submitted to the European Chemical’s Agency (ECHA) from ANSES, the French Agency for Food, Environmental and Occupational Health & Safety (On behalf of the French Member State Competent Authority).

ANSES harmonised classification and labelling proposal for TiO2:  Category 1B carcinogen by inhalation

The CLP Regulation (The Classification, Labelling and Packaging of substances and mixtures (CLP) Regulation 1272/2008 (EC)) defines a carcinogen as “a substance or a mixture of substances which induce cancer or increases its incidence. Substances which have induced benign and malignant tumours in well performed experimental studies on animals are considered also to be presumed or suspected human carcinogens unless there is strong evidence that the mechanism of tumour formation is not relevant for humans.”

The carcinogen categories 1 (1A, 1B) and 2 are defined by the CLP Regulation: https://echa.europa.eu/regulations/clp/legislation

A proposed harmonised classification is subject to public consultation and evaluation by ECHA’s Risk Assessment Committee (RAC), comprising nominated scientific experts from EU Member States. Once RAC have formed an Opinion, it is submitted to the European Commission for approval. If a harmonised classification is agreed, it is listed in Annex VI to the CLP Regulation.

All manufacturers, importers and downstream users must comply with the harmonised classification of a substance.

ANSES acknowledge that the evidence for carcinogenicity from TiO2 exposure in human studies is inconclusive, submitting data from studies on rats to support the classification proposal. The studies conclude that rats exposed to significant concentrations of TiO2 dust suffered “lung overload”, due to low solubility and bio-persistency of the particles. In essence, TiO2 particles remained in the lungs of a number of the rats studied, leading to lung damage.

Following evaluation of the data and information submitted, RAC decided on a category 2 carcinogen classification (H351i-suspected of causing cancer by inhalation) for TiO2. A route of exposure is not normally specified when determining a classification for carcinogenicity, but the lung carcinogenicity observed in the rat species, was specifically linked to inhalation.

RAC noted that the characteristics of different forms of untested TiO2 (fibrous/surface treated) should be subject to evaluation when placed on the market, to determine whether a higher carcinogen category should be applied, and whether other exposure routes for these forms were significant (oral, dermal).

In the classification and labelling Opinion report, RAC acknowledge the impact of the decision on other substances with similar properties e.g. inorganic pigments: “RAC acknowledges that the carcinogenicity profile described for TiO2 is not exclusively characteristic for TiO2 but applies to a group of chemicals with similar toxicity profile addressed as “poorly soluble low toxicity particles”. The CLH report and this RAC Opinion concentrates on TiO2 data and do not fully consider the data for other PSLT substances.”

The presence of a carcinogenic substance at fairly low concentration in mixtures usually triggers classification of the product. However, the classification decision was based on respirable forms of TiO2. Once diluted in liquid mixtures, TiO2 would not be available for uptake by inhalation in dust form. This was one of the reasons that the Commission deferred action on titanium dioxide when the classification Opinion from RAC was submitted. The Commission referred the substance to another expert group, the Competent Authorities for REACH and CLP (CARACAL) to consider a number of factors including the applicability of the classification to dispersion in mixtures, and implications for substances with similar profile.

At the recent meeting in June, CARACAL decided that further information was required and consultation with other regulatory sectors would be pursued. A special clause to reflect dilution in mixtures is being considered for the Annex VI entry, and an amendment to the CLP regulation itself has been proposed.

In summary, TiO2 has been challenging for regulators. There is no conclusion yet on the Annex VI entry for the substance. Consideration of the classification of other similar substances in ongoing, as well as the impact of classification on mixtures containing TiO2.

More to follow from ESMA on this important issue for members. Titanium dioxide regulation will also be a subject of a workshop held during the upcoming TheIJC on 15 October 2018 (see more at http://theijc.com/workshops), as well as it will be discussed at the next ESMA HSEP Committee meeting, 9 November 2018 in Leuven (https://www.esma.com/committees/hsep)